As the Blues take on the San Jose Sharks this evening for the first round of the NHL Playoffs, I’ve noticed an influx of “fans.” I can’t step on the toes of Miss Gabby Bladdick, who’s blog covers Being a Blues Fan 101, but I can make sure you don’t get dirty looks at Scottrade Center.

1. Do not question our goaltending. If I hear one more person question which goaltender is better, I’m going to flip. As a fan, you place all faith in your coach (Ken Hitchcock, if you really didn’t know). If the biggest problem we have as a team is deciding which kick ass goaltender to put in the net, there is NO need to question it.

2. Barret Jackman is the scape goat. Related: Pietrangelo is a saint. If there is a defensive mistake, it is always completely acceptable to blame Jackman. Extra points if you can come up with a clever “he’s better than Brewer” comment.

3. Keep horn honking outside. Yes, it sounds cool when you honk your car horn three times and people respond “Let’s Go Blues!” It’s not cool to hear it for 15 straight minutes while trying to leave the parking garage from 6 different cars.

4. Learn your history. The Blues lost to the Sharks in the first round in 1999-2000 after we won the Presidents Trophy (the award for most points in a season). It’s been eight years since we’ve had a playoff win. Joe Thornton (#19)  is the spawn of satan, and caused David Perron’s 94 game absent. Boo every single time he touches the puck.

Keep this handy guide close, and you may be able to pass as a real Blues fan! 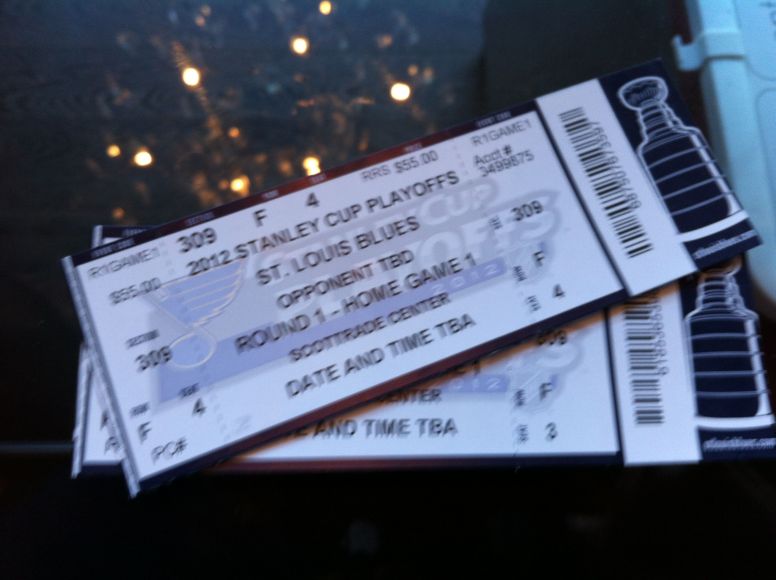 One reply on “Top 5: Tips for Bandwagon Blues Fans”

This is EXCELLENT! I forgot one thing, “NEVER ever ever, under any circumstances, leave a game early. You could miss the biggest fight or best hit of the year.” 🙂