It’s that time of year again where the wine flows freely, Pinterest recipes are plentiful and the Bachelorette brackets are intense. Yes, ABC’s The Bachelorette Season 8 featuring the lovely Emily Maynard (Winner, The Bachelor 15) begins Monday night at 7pm CST. With the premiere brings 25 new handsome men to Charlotte, NC (a first!) all hoping to win the hand of Miss Maynard, mother of daughter Rickie. After checking out the bachelors themselves, I’ve narrowed it down to five.

1. Arie, 30, Den Bosch, Netherlands: Aside from his baby blues and luscious lips, it’s key to note that Arie is a professional race car driver. For those of you who’ve forgot, Emily was engaged to Rickie Hendricks (of the Hendricks Motor Company) prior to a plane crash which killed him. She’s also been linked to Dale Earnhardt, Jr., so it’s clear that she’s into the fast cars and freedom thing. Sure, he’s not southern, but he’s got a chance.

Do you consider yourself romantic and why? “Yes. I think the definition of romance is putting your partner first. I believe I do that!” Swoon. 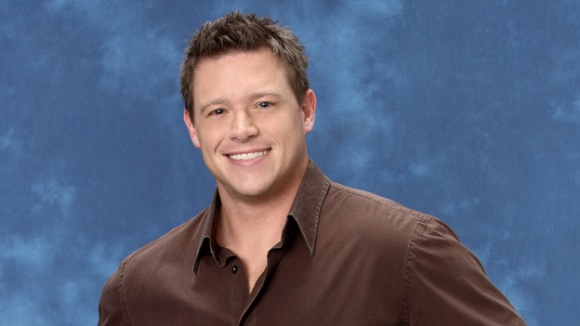 2. Charlie, 32, Worchester, MA: He has a genuine smile and reminds me of Josh Hutcherson from the Hunger Games.

What is your idea of perfect happiness? “Every dog fed and every child with a roof over his head.” He loves dogs and children. What more do you need?

3. Chris, 25, Bartlett, IL: I didn’t know Gerard Butler was going to be on the show! Seriously though, beside his uncanny resemblance to the Scottish god, he seems like a good old country boy. And I don’t care what anyone says – you have to look good to get a rose on night one.

Who are your top 3 favorite groups/artists & why? “Rascal Flatts – Their music seriously gives me goose bumps; Zac Brown Band – Awesome chilling music; Johnny Cash – Rebellious.” Has a soft side but still a handful of trouble. Success.

4. Joe, 27, Orlando, FL: Bachelorette fans, meet Mike Fisher (Carrie Underwood’s hubby) mixed with Kevin Shattenkirk. (Did you think I wouldn’t use a hockey reference somewhere?) Sure, he’s got a bit of a goofy hair do, but he’s southern and happy.

What is your idea of perfect happiness? “Having no regrets, not worrying about money and having the best life partner in the whole world!!!” Yes, he really did use the triple exclamation points.

5. Travis, 30, Madison, MS: We have another Southern boy! I’m a firm believer in the southern gentleman, and considering that’s what Emily grew up with, I’d be shocked to see her find anything else. He calls himself “Metro,” which already reminds me of Brad Womack, and he’s an ad sales guy. Obviously I like him.

Which historical figure do you most identify with? “Muhammad Ali: He was a champion and knew he had you as soon as he walked into a room. I loved his confidence & swagger.” Travis likes swag. Duly noted.

Which guys are your early favorites?

One reply on “Top 5: Most Eligible Bachelor’s for the Bachelorette”

[…] the record, I had 2/4 for bachelorette Emily Maynard (which really, Arie should have won), and 3/4 for bachelor Ben Flajnik (of course, I missed […]