As we previously mentioned, Nick Viall is back for his fourth shot of love on The Bachelor. If he can’t find it this time, let’s go ahead and assume he’s the problem.

Continuing on with his potential candidates:

I wanted to like Jasmine B., but apparently she already thinks the world does. And I quote, “I know I’m attractive and have a lot of great qualities.” Alrighty then.

This girl has her sports priorities right. Favorite movies include A League of Their Own and The Sandlot, while her second purchase after winning the lottery would be a sports team. What’s the first purchase you ask? Socks.

Oh, sweetie – didn’t anyone tell you? Off-the-shoulder tops were banned after Ben’s season.

Mark my words – this one will go far. She admires her parents for opening their home to four orphans (including herself), and wants to live a day in her biological mothers shoes. Her story alone is bound to get air time, but that smile will take her to hometowns.

Is there a “most likely to tweet post-show” award? If show, my vote goes to Lacey. Also, she *never* brings anyone home, which is basically begging the producers to send Nick home with her.

I miss the days of having “grad” after my title. Regardless, she’s a winner. Her personality (based on the 9 questions in her survey) shines as a “girl-next-door” type. I also take a personal liking to the fact that she lists Hocus Pocus as her favorite movie. Easy choice for top 4.

If she doesn’t make her entrance IN the food truck I will be incredibly disappointed.

Anyone else getting SERIOUS Caila vibes here? Plus, one of her biggest fears is not being able to find love. We’ll be seeing a lot of Olivia in 2017.

I don’t want to stereotype here, but there’s something about attorneys and girls from Texas. She does not approach me as the woman to take shit from these other 20-somethings. She’ll be blasting her 90s country music (!) and channeling her inner Michelle Obama to get her through the first few weeks.

I’m going to guess she’s got a strong southern accent. She pulls off the hopeless romantic well, with just a hit of immaturity. She wants to be Jasmine (the Disney princess, not the former contestants mentioned), so there’s that.

Hey girl, can we be friends? Susannah is a girls-girl. She loves shoes, picked Ariel as her favorite fictional character because of her amazing locks and stylin’ seashell bra, and wants to be Chrissy Teigen for a day. Don’t we all?

If you thought she looked young…you’re right. Her favorite designer? Forever 21. Bless her heart.

I get nervous with anyone who’s featured questions include the importance of their family’s approval. If it doesn’t work out with Nick, there’s always Daniel.

She doesn’t live life with regrets. Until she goes home the first night, that is.

And that, my friends, is the newest cast of Mrs. Viall wannabes! Which girls get your rose? Join my Bachelor bracket on ESPN, and let me know your top pick in the comments!

Meet the star of The Bachelor, Nick Viall! Y’all remember Nick, right? The runner up on Andi Dorfman‘s season of the Bachelorette, and called her out on national television for sleeping with him in the Fantasy suite. (If you haven’t read her book, “It’s Not Okay,” now is a great time to start.)

No? Maybe you remember him from Kaitlyn Bristowe‘s season, where he was brought in at week 4, only to come in second place (again).

Still not ringing a bell? How about this last season of Bachelor in Paradise, where ABC managed to redeem him in the eyes of thousands of Bachelor and Bachelorette fans before announcing him as the new Bachelor?

Regardless, Nick is here to stay, and his lovely ladies to be were recently announced. Let’s take a look at our candidates, shall we?

You read that correctly – an aspiring dolphin trainer. I literally just met some real life dolphin trainers, and I can say that Alexis doesn’t fit the bill for a trainer or Nick’s heart.

She’s got the southern belle look down – as long as she can pair it with a southern drawl, she can go far.

Hi Andi Dorfman 2.0! Once you look past that awful name, you’ll realize Astrid applied thinking this was the Real Housewives. In her questionnaire, she not only named Real Housewives as her guilty pleasure TV show, but her answer to “If I never had to _____, I would be very happy” was, you guessed it, work.

If you didn’t already know, Nick has a thing for brunettes. She has one of the most respectable careers, but knowing that the most outrageous thing she’s ever done was move to UTAH, I can’t see her getting a lot of airtime. Expect her to make it to the travel rounds.

At first glance, I swore this was Jami. It’s not, but similar to Jami, Brittany seems a bit too normal to stick around long-term.

I hate when people name their kids something normal, but spell it different. Do you think Christen ever found an ornament with her name on it at Silver Dollar City? For someone in the wedding industry, she is sure interested in politics. She’d like to be the President for a day, and break the law to hide inside the White House. With the current political state, we’ve at least got to keep her around long enough to here her debate.

We’ve got our first blonde! Plus, the most romantic city in her mind is Nick’s home base of Chicago. She’ll stick around til Top 5.

Did I mention that almost every girl has tattoos? Again, Nick has a clearly defined taste in women. The first of our two Danielle’s states her favorite movies are “A Walk to Remember,” “Love Actually,” and “The Notebook,” so expect tears galore.

Don’t you love her vibe? Unlike our previous contestants, this lady has a bit of a tomboy side. We’ve also got a strong backstory here – her fiancé passed away – so we’ll be keeping her around until we learn more.

Is she the first Bachelor contestant to willingly admit she meets guys on Tinder and Bumble? Someone needs to do the research here. Also, she mentions Chipotle burritos twice in her questionnaire, so I like her.

I know you’re trying to separate yourself from our other Elizabeth, but why not go with Liz to start? Regardless, she loves Bieber, hates golf, and hopes that she never has to kill someone. If that doesn’t sound like a shit-disturber, I don’t know what does.

Wait – we have another Bumble user?! I’ve been out of the game for too long. When I first saw her photo, I got Lauren vibes. After reading that she hopes her kids go to her high school, I realized why.

For a photographer, she sure doesn’t understand how casting photos work. She approaches me as the type to yell “girl power” while listening to her favorite, Sheryl Crow.

She just feels young. Not to mention, she attempted (and failed) at a famous Mean Girls line (her favorite animal? A giraffe, duh!) and wants to trade lives with Selena Gomez. Maybe her and our Beliber can form a bond. Or, after reading her fruit of choice (“Strawberry – they are sexual and taste great with wine), maybe not.

Girlfriend catered the Oscars. It’s a shame her diet sounds so pretentious – the way to a man’s heart is through his stomach. 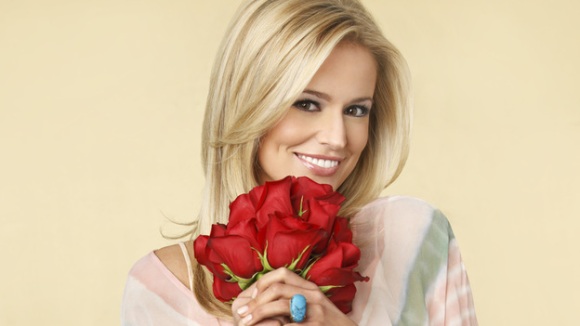 It’s that time of year again where the wine flows freely, Pinterest recipes are plentiful and the Bachelorette brackets are intense. Yes, ABC’s The Bachelorette Season 8 featuring the lovely Emily Maynard (Winner, The Bachelor 15) begins Monday night at 7pm CST. With the premiere brings 25 new handsome men to Charlotte, NC (a first!) all hoping to win the hand of Miss Maynard, mother of daughter Rickie. After checking out the bachelors themselves, I’ve narrowed it down to five.

1. Arie, 30, Den Bosch, Netherlands: Aside from his baby blues and luscious lips, it’s key to note that Arie is a professional race car driver. For those of you who’ve forgot, Emily was engaged to Rickie Hendricks (of the Hendricks Motor Company) prior to a plane crash which killed him. She’s also been linked to Dale Earnhardt, Jr., so it’s clear that she’s into the fast cars and freedom thing. Sure, he’s not southern, but he’s got a chance.

Do you consider yourself romantic and why? “Yes. I think the definition of romance is putting your partner first. I believe I do that!” Swoon.

2. Charlie, 32, Worchester, MA: He has a genuine smile and reminds me of Josh Hutcherson from the Hunger Games.

What is your idea of perfect happiness? “Every dog fed and every child with a roof over his head.” He loves dogs and children. What more do you need?

3. Chris, 25, Bartlett, IL: I didn’t know Gerard Butler was going to be on the show! Seriously though, beside his uncanny resemblance to the Scottish god, he seems like a good old country boy. And I don’t care what anyone says – you have to look good to get a rose on night one.

Who are your top 3 favorite groups/artists & why? “Rascal Flatts – Their music seriously gives me goose bumps; Zac Brown Band – Awesome chilling music; Johnny Cash – Rebellious.” Has a soft side but still a handful of trouble. Success.

4. Joe, 27, Orlando, FL: Bachelorette fans, meet Mike Fisher (Carrie Underwood’s hubby) mixed with Kevin Shattenkirk. (Did you think I wouldn’t use a hockey reference somewhere?) Sure, he’s got a bit of a goofy hair do, but he’s southern and happy.

What is your idea of perfect happiness? “Having no regrets, not worrying about money and having the best life partner in the whole world!!!” Yes, he really did use the triple exclamation points. 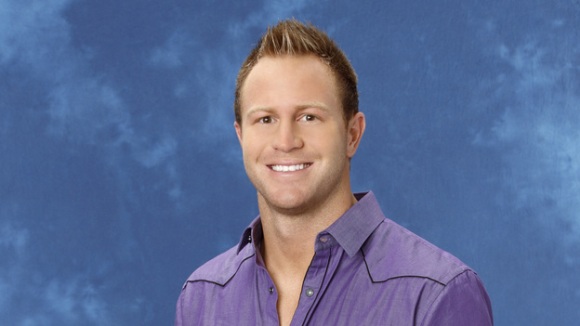 5. Travis, 30, Madison, MS: We have another Southern boy! I’m a firm believer in the southern gentleman, and considering that’s what Emily grew up with, I’d be shocked to see her find anything else. He calls himself “Metro,” which already reminds me of Brad Womack, and he’s an ad sales guy. Obviously I like him.

Which historical figure do you most identify with? “Muhammad Ali: He was a champion and knew he had you as soon as he walked into a room. I loved his confidence & swagger.” Travis likes swag. Duly noted.

Which guys are your early favorites?